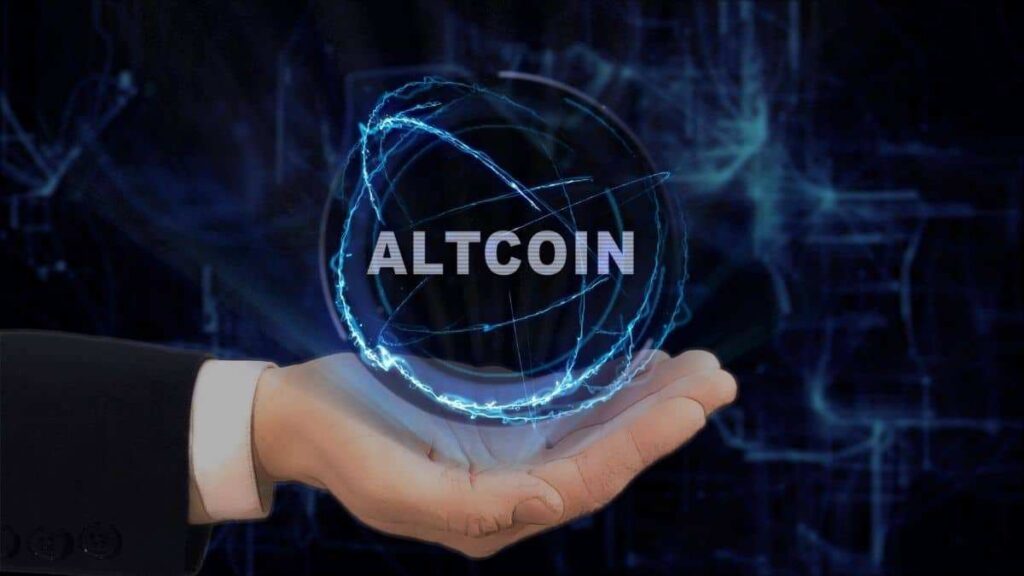 The Complete Guide to Altcoin Cryptocurrency

The rise of cryptocurrencies as a viable alternative to traditional assets was sparked by Bitcoin. If you’re new to cryptocurrency, you might be asking if Bitcoin is the only one available or if there are others!!

There are undoubtedly many more cryptocurrencies than there are fiat currencies in the world. There are around 2500 cryptocurrencies that are being traded, according to reports like Altcoin Cryptocurrency. Many firms released their coins and tokens in the year between 2017 and 2018. However, only a few have managed to stay in the market with a respectable market capitalization.

Because of its volatility, Bitcoin has been hitting higher peaks every day, making it increasingly un-affordable for average investors. This is the best place to start if you’re a store looking for low-cost digital assets to invest in with long-term plans.

We’ll go over the fundamentals of altcoins with you. What are the best ways to buy and trade Altcoins? Altcoin types and a lot more!!

Alternative cryptocurrency, or altcoin, is a phrase for cryptocurrencies and digital assets that are not Bitcoin. Bitcoin-like altcoins exist. They’re digital currencies that make use of blockchain technology, which enables secured peer to peer payments.

BTC is the first-generation cryptocurrency. Other digital assets, on the other hand, provide cryptocurrency consumers ‘ alternatives to Bitcoin’s answers! Altcoins are the result of this. Altcoin cryptocurrency were created to capitalize on Bitcoin’s success by tweaking its laws and functionality to appeal to a wider audience.

Since the beginning of the digital asset business, there have been approximately 5,400 cryptocurrencies mostly on the market, but none have been able to overtake Bitcoin’s dominance.

The term “altcoin” is a combination of the words “alt” and “coin,” and it refers to all Bitcoin alternatives. Bitcoin and altcoins have a similar underlying architecture. As a result, they exchange code and operate as peer-to-peer systems or as a massive computer capable of simultaneously processing vast amounts of data and transactions. Altcoins, in some cases, aspire to be the next Bitcoin by becoming a low-cost means of digital transactions.

Although Namecoin has been the second-largest cryptocurrency after Bitcoin, several altcoins have surpassed it. Litecoin (LTC), a cryptocurrency that looks a lot like Bitcoin, is one of them.

Ripple (XRP) entered the cryptocurrency world in August 2013, followed by Ethereum in July 2015. Thousands of additional altcoins have entered the market since then, giving the crypto sector fresh use cases and inventive solutions.

Altcoins are often hobby projects, and other times the foundation for entirely new setups. They could evolve everything from communications to complete fresh frameworks apps to online markets.

An altcoin cryptocurrency would frequently alter Bitcoin’s regulations in order to accomplish anything unique and might have a specific purpose.

Solarcoin, for example, was created as a place of trade for solar energy generation. Others, like namecoin, have served as the foundation for a fresh Internet domain name system.

Take a look at the many types of altcoins.

Stablecoins are a type of altcoin which are tied to an asset, commodity, or security in order to mitigate the volatility of bitcoin. Tether is a good example of stablecoin, while Libra is a stablecoin that Facebook is developing.

An underlying blockchain network supports altcoin cryptocurrency that operate as digital/virtual tokens. Tether, for instance, is a virtual token because it is based on some blockchains as well as Ethereum.

Some investors want to profit by transferring altcoins among one another, however this is a dangerous investment. Digital currencies are traded on uncontrolled exchanges, putting you at risk of manipulating the price.

Within a network, utility tokens are used to deliver services. They could be used to pay for services or redeem prizes, for example. Utility tokens, unlike security tokens, do not pay dividends or require an ownership investment. A utility token is something like Filecoin, which is used to buy network storage space.

What are the Best Places to Buy Altcoins?

Using bitcoin exchange services is the simplest way to buy altcoins. BTC and other major coins can be purchased with cash deposits or credit cards.

If you wish to acquire altcoins with lesser market caps, but on the other hand, you should first convert your fiat cash into a large crypto (preferably ETH or BTC). Then you must send your cryptocurrency to an altcoin marketplace that supports the currency you want to buy.

What is the Best Way to Purchase Altcoins?

Step 1: To purchase altcoins, you must first create an account with a trustworthy crypto exchange, where you can swap fiat currency for digital assets.

Step 2: The very next step is to purchase cryptocurrency with fiat money. You can begin trading on the platform as long as the exchange has confirmed your documentation.

Step 3: Once you’ve got your crypto, you’ll need to create an account and verify it on an altcoin exchange. The procedure should be comparable to or equivalent to fiat-to-crypto transfers.

Step 4: Now that your coins have been sent to your wallet, it’s time to trade them in for your preferred altcoin cryptocurrency. Go to the exchange’s trading platform and select your favourite altcoin-major crypto combination (for example, ASK/ETH).

Step 5: Once you’ve decided on the number of coins you wish to acquire, complete the transaction.

What is the Best Way to Sell Altcoins?

Step 1: The first step is to find a fiat-friendly exchange.

Step 2: Choose a currency combination to go with your desired fiat currency.

Step 3: Choosing a Coin for Conversion

Step 4: Once you’ve found the most cost-effective pairing, you may trade your altcoins for the cryptocurrency of your choice.

Step 5: Switching to the Fiat Exchange

Step 6: Just on fiat exchange, look for a pairing that includes your coin and the fiat currency you want. Cash in your coins by selling them.

Use Cases for Altcoins

Ethereum, for example, enhanced its blockchain technology with smart contracts and decentralised applications (DApps) to give cryptocurrencies extra capabilities. As a result, Ethereum has become one of the most active blockchain networks, with around 900,000 daily transactions.

Decentralized finance (DeFi), a fast-growing trend in the crypto sector to provide decentralised alternatives to conventional finance systems, has become a reality thanks to Ethereum’s capabilities.

When does the Altcoin Season Begin?

The word “alt season” is a condensed variant of the term “altcoin season.” It is a type of cryptocurrency market cycle in which altcoin values climb rapidly.

This price shift could happen with or without the effect of Bitcoin’s dollar value.

Altcoin price surges frequently exceed Bitcoin’s throughout this market period. Altcoin prices are usually either constant or change very slowly. However, the value of all altcoins can sometimes surge in a matter of hours.

The demand cycle might last anywhere from a few months to several years. As a result of the uncertainties, many investors strive to boost their profits at this time. During the alt season, the rate and magnitude of price increases might be somewhat variable.

Similar Link to Read: A Guide for Beginners to Invest and Trade in Best Cryptocurrency of 2021