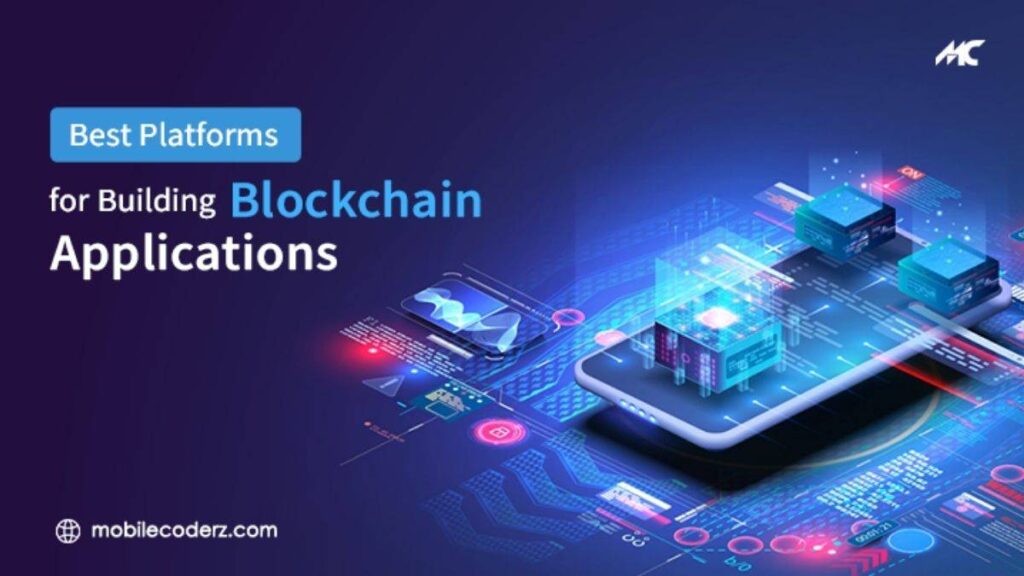 With blockchain’s growing popularity, everyone is watching the technology’s high potential. Now multiple industries are investigating the Blockchain applications and it includes software development as well.

The blockchain development platform market has exploded as businesses have begun to study the benefits of blockchain. Another reason behind the immense growth of blockchain platforms is the prosperity in App development.

In this post, you will read about the best blockchain app development company for building Blockchain applications. But first, let go through some important elements that will help you choose the top blockchain platform.

Stellar is famous as its payment mechanism is entirely built on digital money technology. Every day, it processes millions of transactions. It allows for instant cross-border transactions among any two currencies. It reflects other blockchain-based currency in many ways. It is dedicated to economic inclusivity, social projects, and tool advancement, in the Stellar system.

Also it enables people to create, exchange or trade digital representations for any currency such as bitcoin, dollars, & more. This blockchain applications development company is owned by the public. The reason is that the basic charge on any transaction is a tiny fee associated with every payment execution. However, this fee is not designed to be profitable. It is basically a deterrent to any fraud activity.

This well-known blockchain application platform includes a number of frameworks and free tools that enable Hyperledger professionals to create blockchain-based technologies. It was founded in 2015, and it presently oversees nearly 15 new projects. It’s intended to serve as a platform for building high-scaling business blockchain apps with a customizable permissions model.

It allows developers to modify specific deployments thanks to its great architecture. Its  programming languages, scalability, greater privacy, efficient processing, and modular structure distinguish it as a potential blockchain platform for companies.

Hedera Hashgraph is as quick as your internet connection. The Hedera platform’s time to finality is measured in seconds. All thanks to its ability to perform thousands of transactions every second and validate a million signatures per second.

The ripple platform, which was launched in 2012, is well-known for its cross-border payment capabilities. It has a large following among payment providers, banks, and corporations.

Ripple enables global payments using the digital currency, which is now the most popular cryptocurrencies alongside Ether and Bitcoin.

Also, it supports payments in a variety of blockchain applications assets, including non-native assets, BTC/LTC, and currencies.

Features such as ‘issuance’ enable users to secure and transfer a specific asset, lowering payment costs and increasing transaction efficiency.

Ethereum, which was launched in 2015, is the second huge cryptocurrency platform. It means it is just behind Bitcoin. It’s a decentralized open-source platform for blockchain applications that supports smart contracts.

It has its own coin, Ether (ETH). Millions around the world are making payments with ether. It allows for the safe exchange of payment systems and cryptocurrencies. ​

Ethereum uses a PoW smart contract algorithm which is slower than other blockchains. This platform is ideal for creating bitcoin wallets, financial apps, decentralized markets, games, and a variety of other applications.

Our article is an attempt to inform you about 5 best platforms for building Blockchain applications in a nutshell. We hope this post was of immense value to you. Ultimately, whatever you choose will be influenced by your needs and aspects like features, supported languages, security, & many more.

Peter Handscomb is an expert app developer at MobileCoderz, top mobile app development company. From his basic beginnings to completing 15 years in app development, he has worked with many organizations and enterprises. For his hobby, keeping up with the latest trends of the tech world is an all-day routine. Other day to day hobbies include reading novels, writing blogs and many more.

Similar Link to Read: A Guide for Beginners to Invest and Trade in Best Cryptocurrency of 2021